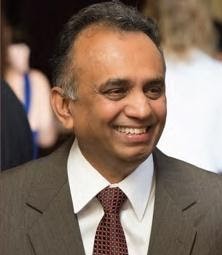 He has served as the Director of Case GEMNI (Graduate Engineering & Management National and International) Program. His research and educational interests are in complexity, with applications in Systems Biology (leukemia, prostate cancer and hydrocephalus), Global Issues, and, Sustainable Development. He served the Co-Director of UNESCO GENIe Program - an international network of educational institutions (1996-2006), and as the Director of the Complex Systems Biology Center (2007-2016) at Case. He consults with many developing countries on issues of water, energy, and policy development.

He has received many scholarships and awards including the Best Undergraduate Teaching Award, Who’s Who Among Teachers in America, and the NIH Research Career Award. He published a technical treatise on Global Warming in 1990 and was a member of the International Panel on Climate Change (IPCC) in the 1990’s. He served as a scenario panel member of the World Water Commission (1998-2000); a member on the UN World Water Assessment Program; and many National Science Foundation (NSF) and National Institutes of Health (NIH) committees. He has lectured in 25 countries, and has organized more than 40 workshops, symposia, and conferences.

Outside of higher education, Sreenath is active in the social service field. He is the President of Sewa International (www.sewausa.org), a Hindu faith-based charitable nonprofit working in the areas of disaster recovery, education, and, development with a revenue of $7.6 million in 2019. Sewa has 43 Chapters across the USA and is rated as one of the top most rated charities by multiple rating agencies such as Charity Navigator, BBB, GuideStar, and Great Nonprofits. Sreenath was inducted into the 2019 Class of the Cleveland International Hall of Fame.

Professor Sreenath is a practitioner of Vedic Math – ancient Indian Math for over 30 years and has developed a curriculum to educate children. He lives with his wife Shobha in Solon, Ohio, and has two adult children Apurwa and Abhijit.