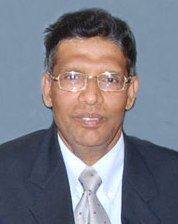 He was a Fulbright Scholar (2000) with South Carolina University, USA (selected by the Indian and US Governments), Assistant Professor of Hinduism and Indian Philosophy at Hindu University of America, Orlando (2004 and 2005), an Adjunct Professor at Union University, Cincinnati, USA (2005 - 07).

He has guided five Indian candidates, a Guyanese Indian, an American Indian for their doctorate and M. Phil degrees (1995-2013), currently guiding six students for their PhD in Yoga, and was a nominated member of PhD committees of Hindu University of America, Orlando, Bangalore, Tumkur, Jain Universities, SVYASA Bangalore and also D.Litt Committee of SVYASA.

He is a nominated Theological Advisor in Child and Adolescent Spirituality wing of Search Institute, Minneapolis, USA. He was a UGC Research Fellow (1996-98).

He is the Hon. Director of the Indological Research Foundation, Bangalore.

He is the nominated member, Centre for Classical Kannada, Central University of Karnataka, Gulbarga (2013 -14). He is a member of NAAC Peer Team (2017).

He has documented seminar proceedings of UNDP on population, environment and gender issues.