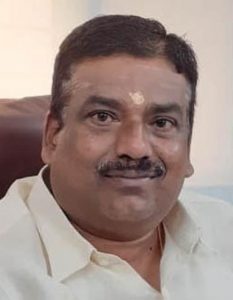 Sri. H R Dayananda Swamy graduated in Commerce from Mysore University, Mysore, Karnataka, India. He is a close associate to Dr. H R Nagendra, founder and Chancellor of Swami Vivekananda Yoga Anusandhana Samsthana, Bangalore since three decades. He actively participated in the progress of S-VYASA Yoga University from the time inception. He attained his Master’s degree in Business Administration (Finance) from Bharathiar University and Master’s degree in Science (Yoga) from S-VYASA Yoga University. At present he is pursuing his doctorate at S-VYASA, Bangalore. He has a wide range of experience in the field of Finance & Administration.

Present Contributions are as follows: